The Scale of the universe

The scale of the universe

The first step in the galactic perspective is earth, the planet we all live on. My second favorite planet, and the only planet in our Solar System that is placed in the goldilock zone so that we can live on our tiny home. Our earth has 1 moon which is the 4th largest moon of our Solar System . 70% of the surface of the earth consists of water and the other 30% is land, that is a little weird because our planet is named earth which is only 30% of the surface. Our planet is also special because of its atmosphere, it is key to our survival on earth. It is like a shield that keeps us save from most meteorites by burning them when they enter the sphere, so meteors will vaporize completely or just get smaller. It also protects the earth from some deadly rays from the sun and traps the heat to make earth a warm and livable place.

Next, we have our solar system, it is the gravitationally bound system of the planets and the Sun plus other objects that orbit it counterclockwise, either directly or indirectly. In our solar system we have 8 (yes 8 Pluto, doesn’t count anymore. Deal with it) planets: Mercurius, Venus, our earth, Mars, Jupiter, Saturnus, Uranus and Neptune. We have 1 star in our solar system, the sun, our sun is a middle-sized star that has lived for 4.5 billion years and will live for another 4.5 billion years. The furthest manmade object ever made, the Voyager I, only made it past Pluto now. The Voyager I was launched on 5 September 1977 and has a velocity of 17 km/s or 10 mi/s, and since the launch of the spacecraft and with a velocity of 17 km/s it hasn’t even escaped our solar system. That shows how small we are in the universe, when our furthest spacecraft isn’t even further away than our own solar system. 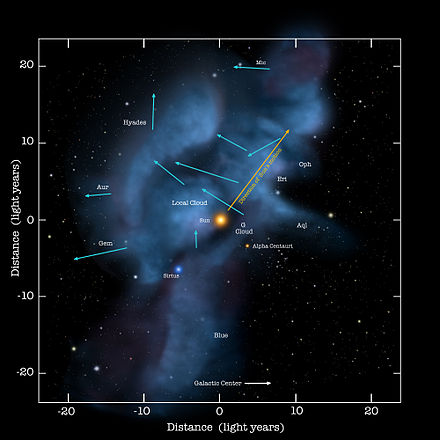 The Milky Way is the galaxy that houses our planet. Our galaxy is a barred spiral galaxy. At the middle of our milky way there is a big accumulation of stars that surround a supermassive black hole which is named Sagittarius A*. The Milky Way contains over 200 billion stars, and enough dust and gas to make billions more. No manmade craft has gone further than our Solar System thus it is impossible that there has ever been a picture taken of the Milky Way Galaxy, however there are pictures of the Milky Way Galaxy, this is because the pictures you see are just drawings of what it theoretically may look like or of other barred spiral galaxies. 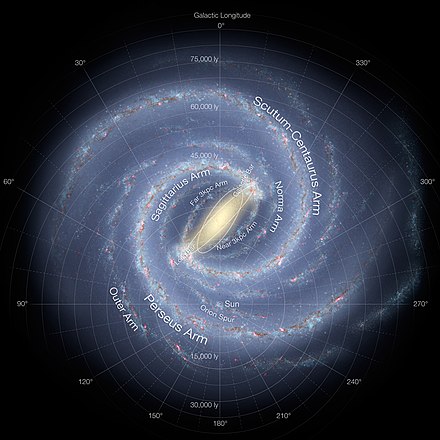 Our Milky Way Galaxy is part of the Local Galactic Group. It contains in total more than 54 galaxies. The tree largest are: our Milky Way Galaxy, the Andromeda Galaxy and the Triangulum Galaxy. It is theorized that our galaxy will collide with the Andromeda Galaxy in 4 billion years, and if the sun hasn’t swallowed us whole yet we will see other planets in the night sky!

the observable universe is a sphere with a diameter of around 13,7 billion ly. This is because we haven’t had enough time since the universe was born for the light to reach us beyond the observable universe. This means that every second it gets a little bit bigger, 299.998km to be exact because the speed of light is 299.998 km/s. It contains all of the other perspectives we have talked about, but it isn’t the end. 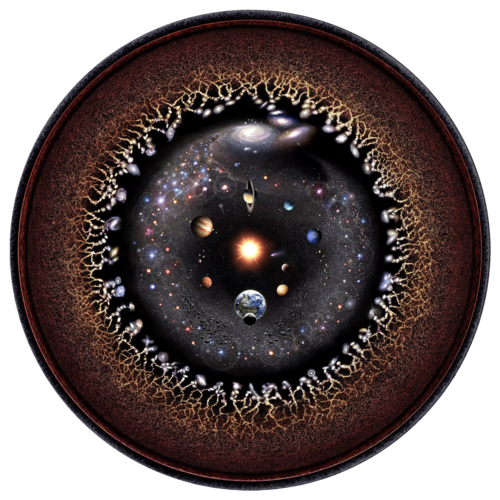 Now we have the entire universe. It contains everything we know we don’t know, and everything we will ever know. It contains all the people you love, know, and will know. It is believed that it is infinite, and it is still expanding! This is the work of dark energy. That is a mysterious energy that expands space. You might be wondering how infinity can expand. You need to visualize that space is a balloon with an infinite surface, the dark matter is the air, you blow extra air in the balloon so that it gets bigger even if it is infinite. The surface gets bigger, so objects get further away from each other. It expends 5 to 10 procent bigger per 100.000.000 years. This is the end stage of our cosmic perspective that we know from. Maybe we are just a universe in a sea of infinite other parallel universes. Maybe our universe is a simulation of a higher being. To be honest, we don’t know, we can only theorize what it may be. So, don’t stop imagining of how it all began and why, maybe the most stupid theory can be the right one. So, keep imagining and stay curious!